Overcoming the Generational Divide in the Workplace — Part 3: Retaining 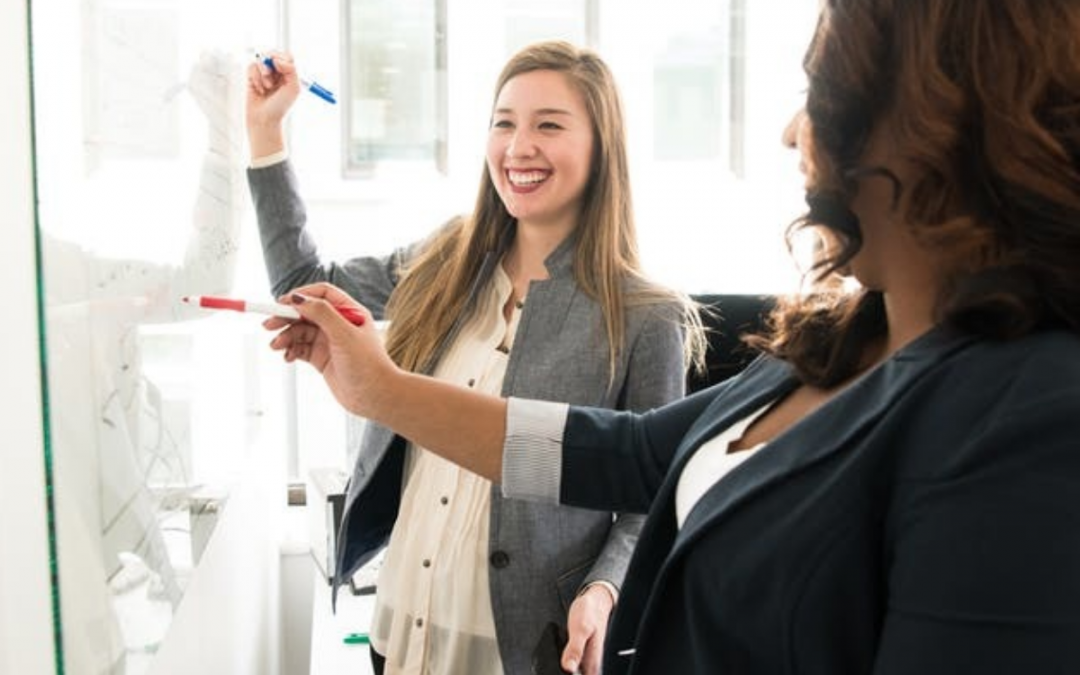 Overcoming the Generational Divide in the Workplace — Part 1: Recruiting

Overcoming the Generational Divide in the Workplace — Part 2: Managing

TTC: After employers have spent time and money on recruiting employees and training them, how do they go about ensuring that they stick around? Is there an overall corporate culture that could create a positive response across the generational continuum?

CU: Ahhh, retention! Enormous challenge, because for the past 20 years, too many employers have laid off too many workers. Trust is shot.  But the answer begins with this: Management must be trained in— and then effectively create — a comprehensive and evolving culture of Generational Diversity in order to retain ALL generations, each of which has some unique hot buttons:  core values, preferences and needs that— if accommodated—help to reduce turnover and enhance retention.

By the way, no organization can create a culture of Generational Diversity and Strategy with a half-day or full-day training session, which is certainly the starting point. It then takes a more serious commitment to ongoing development and maintenance. But the payoff can be enormous, which is why employers who commit to such a culture are consistently blowing their uncommitted competitors out of the water, as they are named Best Places To Work across the generations.

TTC: Can you give us an example of one thing that an employer must do to ensure employee retention and loyalty that might need to be handled differently to effectively reach each group?

CU:  In addition to the obvious matters of pay, promotion and working conditions:  (1) Boomers and Millennials usually are more comfortable working in a group or team dynamic than Gen-X, whose members might prefer individualized work. So managers need to try to accommodate both styles. (2) Boomers, X’ers and Millennials are at different life stages and often want and need different benefits packages. (3) Boomers and X’ers are very self-reliant and independent and usually don’t need or want a lot of supervision once they understand the task.  Millennials demonstrate a much stronger desire to have consistent and close communication with their bosses, who can keep them heading in the right direction. In all of these instances, no generation is “right” or “wrong” in their preferences and needs. They’re just different.

TTC: We addressed the issue of different generations learning from each other and cross-mentoring in the February issue of e-Talk, but what about the impact of simply seeing others in action? Watching behavior? If a Gen-Xer sees the positive impact of a Boomer working late and being rewarded, for instance, what kind of an impact would that have on the younger employee, if any?

CU: Watching another at work, “Shadowing” as it’s called, can be formalized training or merely informal observation. And yes, it can have a very positive or negative impact on employees of ALL ages.  This issue speaks to the health of the workplace culture. But, it’s not always monkey-see, monkey-do. Yes, it might seem that watching a superior’s performance would wear off, but not always. For example, Boomers are legendary for their willingness to work past normal hours in order to “do what needs to be done” for the good of the organization. GenX-ers, thus, far, have drawn a pretty firm line in the sand regarding late hours. Even if they see it in others, they remain the Work-Life Balance Generation and to the greatest extent possible, refuse to allow their careers to intrude upon their personal lives. So some behavior rubs off. Some doesn’t. The key for management is to know which performance and behaviors are generally contagious — negatively and positively — and which aren’t.

TTC: Understanding that it is important for employees to know they are trusted by their supervisors, what are some of the things that employers can do that would engender this trust? How would it be different for the various groups?

CU: Too many employees in too many industries have lost employee trust. The 1990s and 2000s, the leadership era of the White Silent Generation Male, is documented by historical fact as perhaps the most greedy, corrupt, dispassionate and ruthless leadership era in U.S. history. It was a time when executives got richer — often at the expense of the their employees who lost their jobs and in some cases, their life savings. To answer your question about building trust across the multigenerational workforce: executives and supervisors must obviously be honorable and fair. But then, they must also understand the unique generation Core Values that guide each generation’s attitudes and beliefs, and their receptiveness —or lack of it — to giving their trust to their bosses.

Here’s a short answer: Boards of directors, executives, and supervisors should be transparent with employees about the organization’s operations. They should not hoard knowledge and should DOCUMENT that they are performing ethically, compassionately and with the best interests of employees and clients — not just shareholders — in mind. If this sounds ordinary, it should be but hasn’t been for the past two decades.

TTC: How might signs of discontent or job dissatisfaction show up differently across the generational divide?

CU: Here’s how an executive at a major retail client of mine answered that same question. If those aggressive, assertive Boomers are dissatisfied, they will promptly confront their boss and fight hard to resolve it fairly and fully. If X’ers are dissatisfied, they’ll quietly look around, find another job, and then give the boss two weeks’ notice. Millennials might simply not show up for work one day.

TTC: Compensation is important to employee retention. What are some of the other meaningful ways employers might reward staffers — particularly during a tight economy – and how might they be different, say, for a Boomer vs. a Gen-Xer?

CU: Genuine recognition helps for ALL generations.  If an employee does especially good work, put it in writing, offer some concrete reward (cash, merchandise, a plum parking spot, flex-time, and other perks), notify co-workers of the achievement and create unofficial but meaningful “promotions” to new titles that do not influence compensation or benefits but nonetheless mark special achievement.  The key, when times are tight, is recognition that is meaningful but costs little or nothing.

TTC: Could you give us a couple of examples of company benefits that would appeal to each generation, assuming that they are different?

CU: Here are a couple:  (1) Boomers seek benefits that will help them with retirement savings and health care costs. (2) X’ers seek work-life balance benefits such as flextime and telecommuting. (3) Millennial hot buttons include cost of healthcare, retirement savings, and continuing education that is either free or partially reimbursed.

TTC: What would job security look like across the generational divide?

CU: The Silent Generation, currently aged 68-86, is the final generation to have enjoyed decent job security. Boomers, X’ers and Millennials have been beaten up over the past quarter century by the dismantling of the great American middle class.  Interestingly, the generation that was running America at the time — the white Silent men—are responsible for that dismantling. So, Boomers, X-ers and Millennials like other prior generations have learned that the richest few are going to get richer and all the rest of them must apparently live their lives with significant job and income insecurity. I guess I’m on my own.

It’s tempting to proclaim that job security is forevermore obsolete. But… the Boomers are just now beginning their Leadership Era, and it will be interesting to see if they have the leadership talent and moral commitment to rebuild job security and the idle class, since so many of them benefitted by growing up when their middle-class parents DID have a lot of stability.

TTC: How does loyalty manifest for Boomers, Gen-Xers and Mils?

CC: When corporate executives began slaughtering — and this is well-documented — the idle class in the late 1980s (remember those corporate “raiders,” who would buy a company, lay off a ton of employees and thus increase profits, and then sell the company at a big profit to themselves while leaving thousands of American lives in ruin.)  Boomer, X-er and later Millennial employees realized that two-way loyalty between employer and employee had just been unilaterally bludgeoned by the employer. And so these three younger generations – again this is when the Silent generation was running America and the younger generations had little clout— were forced to become Career Free Agents. Loyalty by employees understandably plummeted and remains low today. And it will remain low unless and until executives sign a new style of contract that puts them on the same side of the fence as their employees.

For the past few decades, they’ve been on the opposite sides: many, many executives have gotten very rich by, in part, laying off employees in order to please shareholders. When the G.I. Generation led America in the glorious post-world-war two years, there was more executive compassion for employees. It is such a fascinating topic that I speak to executive associations and governance groups — Boards of Directors — about the enormous impact of Generational Leadership on American life.

TTC: I think it’s important to remember not to over-generalize.  How can managers know that an issue is based upon generational differences and not personality or temperament?

CU: Very good point. Each of us is an INDIVIDUAL and should be managed accordingly. But, we also are heavily influenced by the Core Values that our own generation shares. When you’re trained in Generational Management Strategy, you use the knowledge as a Permanent Filter in your brain, through which you run your thinking and decision-making. Generational knowledge is a managerial aid, just as understanding gender, education, and ethnic differences can help you to make decisions and resolve issues. Once again, the answer is training, training, and training.